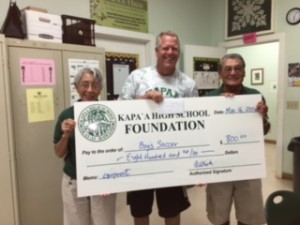 The Kapaa High School Foundation presented grants totally $3000 to the Boys Soccer, Baseball, and Golf teams at the March board meeting. 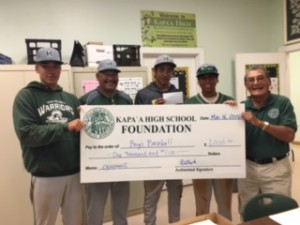 The Baseball team received $1000 to purchase  three new hitting tees, two bats and 10 dozen baseball.  Coach Bryan Aiwohi was on hand to report that nine former players from Kapaa are playing college baseball.  He said his goal to to get players to continue their education after high school 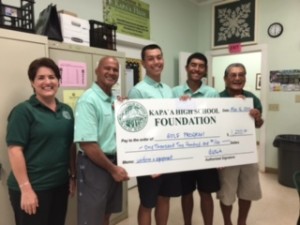 The Golf team coached by Robert Levoit received $1200 to cover purchase of uniforms and supplies.  This year the team had 25 players.